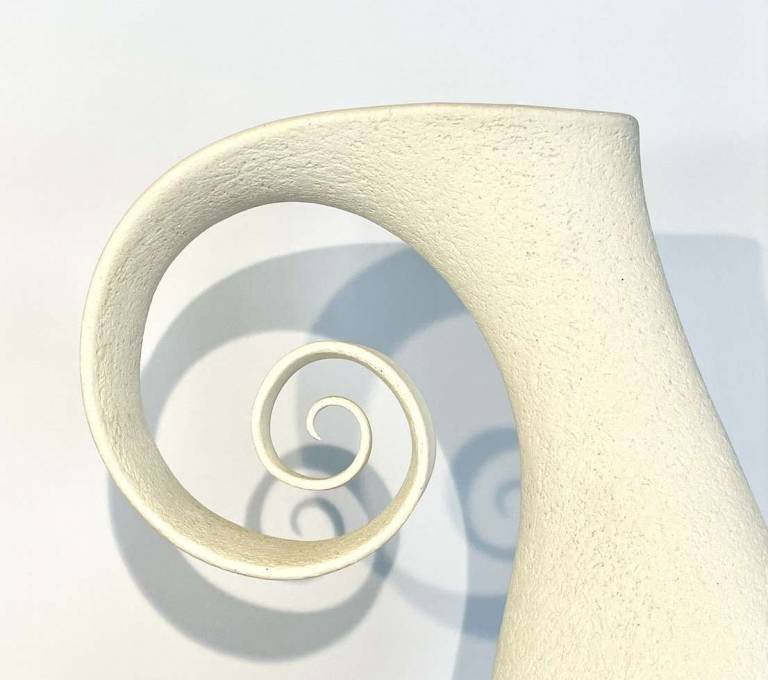 I first became interested in working with clay after doing an evening class back in 2000. Before this I had worked in graphics for 20 years, but had become disenchanted with a lack of self expression and creative freedom.
In 2002 I became ill with CFS (Chronic Fatigue Syndrome) and was unable to work for the next 5 years.
When I was well enough to return to work I became involved in teaching. To begin with I taught some physics and remedial maths, but when the Craft tutor left I leapt at the chance, taking on woodwork, built a forge, taught copper beating, silver smithing, and lots of pottery. I spent 5 brilliant years teaching 7-19 year-olds, but realised at the end of this time that what I really wanted was to become a full-time maker. So in 2012 I did! It was a big decision, which if I'd overthought it, may never have taken. Happily I didn't and the intervening years have been thrilling, challenging and hugely rewarding.